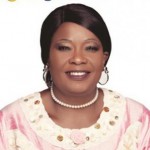 Born in March 1963 in Mazowe District in Mashonaland Central, where she did both her primary and secondary education.

After completing her secretarial studies at Silveira House in Chishawasha, she joined the Ministry of Manpower Planning and Development in 1981.

She joined the Rainbow Tourism Group where she worked in all hotel departments.

She left the country to pursue studies in hotel and tourism administration in Switzerland and she graduated with her degree in 2001.

In 2008, she graduated with a Masters in Business Administration Degree from the Midlands State University in Zimbabwe.

She is currently undertaking a PhD with the Midlands State University.

She is a former Chairperson of Pan African Parliament for the Southern African Region.

She became the First Lady of the Republic of Zimbabwe on the 24th of November 2017.

Passionately known as Amai, the First Lady is a champion of the needs of the vulnerable in society.

Even prior to becoming the First Lady, she has footprints demonstrating a passion for the needs of the vulnerable.

She was instrumental in the establishment of women’s banks in all constituencies in the Midlands Province.

She encouraged women empowerment through ownership of livestock and handcrafts (sewing knitting and clay-pot moulding),this resulted in most of the women being able to purchase their own residential stands.

She also promoted floor-tiling of rural homes as a way of promoting good hygiene.

She also was instrumental in promoting women in cross border trading as a means of self-sustenance.

On assumption of her role as First Lady she has intensified her initiatives of empowering the vulnerable by forming the Angel of Hope Foundation.

As founder and Patron of the Angel of Hope Foundation she has spearheaded philanthropic work spreading its wings to the most marginalised communities and advocating for the preservation of their culture, for example the San people (bush men) and Doma community.

Currently she has engaged the spouses of traditional leaders as agents of change and empowerment to influence other women under their jurisdiction to engage in self-help projects. Each spouse received two productive goats for a start in a nationwide goat rearing project.

She has initiated several women empowerment projects in partnership with both public and private players benefiting thousands of women.

In recognition of her selfless work towards women and children’s health the First Lady was appointed as Ambassador for Health and Childcare.

She was also honoured as Patron of Environment by the Ministry of Environment Water and Climate in recognition of her passion and hard work towards environmental preservation.

The First Lady is an active member of the Organisation of African First Ladies for Development (OAFLAD) known for fighting against the spread of HIV and actively engaging the youth on sexual health matters discouraging premarital sex.

During the OAFLAD’ s 23rd General Assembly Ordinary Session in Niamey, Niger on 8th July 2019, she was elected Vice President of this African First Ladies Organisation as a result of her hard work which has been noticeable even beyond the national borders of Zimbabwe.

She has been facilitating free medical specialist services to marginalised communities through her outreach programmes.

She has also been providing accessible and free cervical, breast and prostate cancer screening through her mobile clinic screening programme.

The First Lady launched the National Human Papilloma Virus Vaccination (HPV), an anti- cancer programme expected to benefit over 800 000 girls aged between 10 and 14.

She has been applauded by the Ministry responsible for Primary and Secondary education and other stakeholders for her keen interest in addressing and engaging adolescents by way of interactive sessions on a country-wide schools programme discussing issues around child abuse, early marriages, teen pregnancies, drug abuse, bullying and school drop outs.

Again she engages men under the Men’s Conference on issues of Gender Based Violence, Child Marriages, and Sexual abuse especially of minors as well as challenging men to improve their health seeking behaviours.

The First Lady hosts a series of Family Fun Days aimed at promoting wellness and recreation in especially women and the elderly through sport.

The First Lady hosts a series of workshops for widows & Orphans on Inheritance and Property Rights and Deceased Estates.

We're not around right now. But you can send us an email and we'll get back to you, asap.