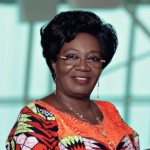 H.E. Madam Brigitte Touadera worked in the field of auditing and advising in an international company, namely Price Waterhouse Coopers in the Central African Republic. Then she engaged in the field of reproductive health and affirmed her leadership as General Secretary of the “Alliance of the White Ribbon of CentralAfrica”, a global coalition fighting for safe motherhood, supported by UNFPA. In this area, she worked in close collaboration with national, provincial, and local authorities on their involvement in the fight against maternal and neonatal mortality, notably through the accelerated campaign to reduce maternal mortality. Moreover, she joined the Secours Catholique Caritas international in Angers France as a volunteer and created a Foundation called « Cri de Coeur d’une Mère ».